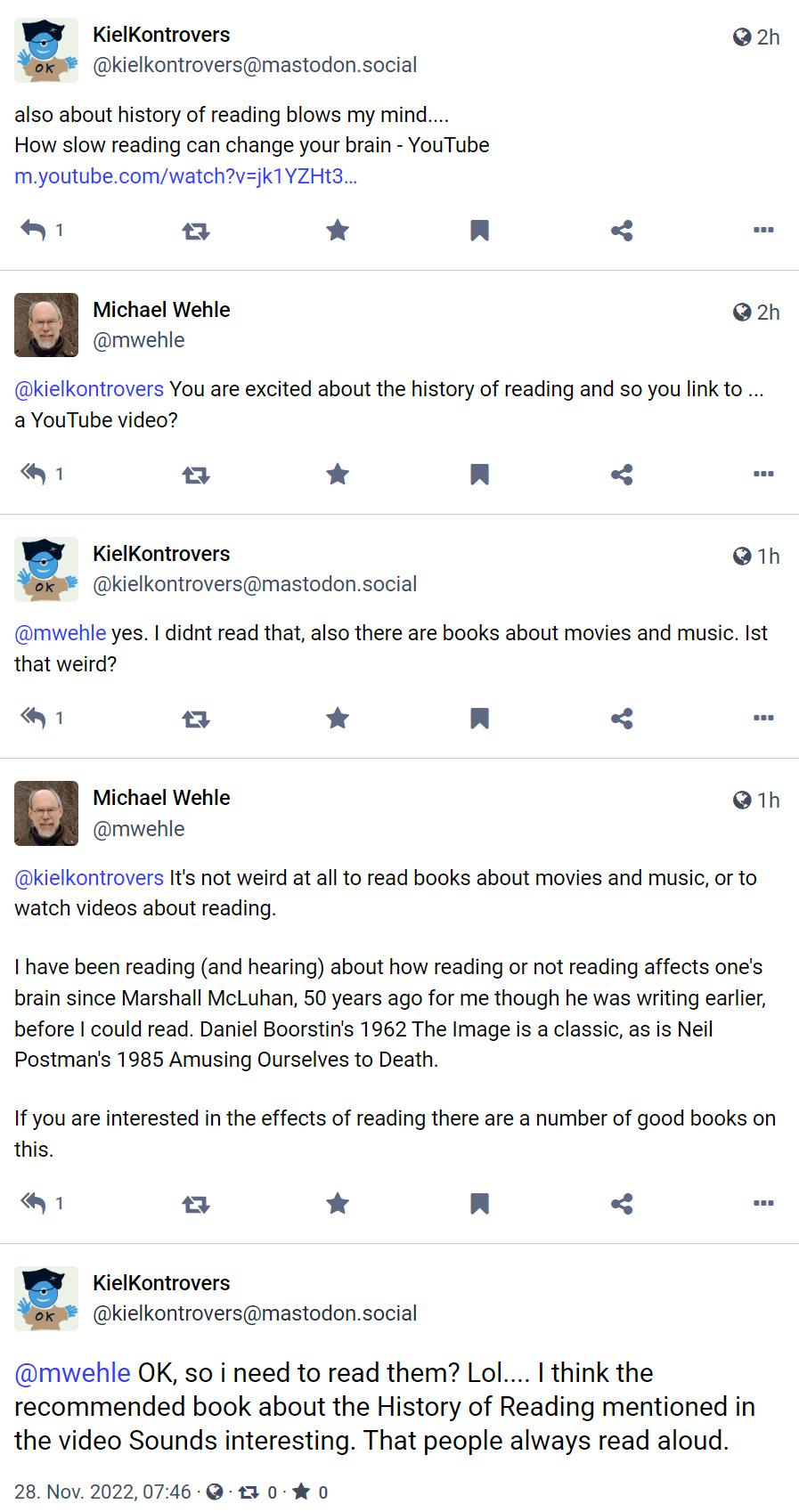 In the 1960s and 70s McLuhan was a household name, like Gore Vidal or William F. Buckley. You couldn’t not have an inkling about McLuhan’s theories on media – even if you were completely wrong you’d have heard of him and have some notion. Postman’s book on television was much talked about at the time, in the NYT, television talk shows, mainstream media. Postman refers to McLuhan and Boorstin. Likewise Neal Gabler‘s Life: The Movie in the 1990s referenced Postman as well as McLuhan. I remember reading this and thinking “this is right on in describing the affect of my coworkers”.

McLuhan and Postman warned of a future that was video-intensive, where people were aliterate and so ahistorical. It is odd to now be living in this future and to find that because I am living in an ahistorical milieu it is not possible to reference historical works which well describe the situation we are in.